Will we invent a computer smart enough to replicate itself and take over?  I guess it is possible, however we can also use computers for good.  The computers of today can help us be better versions of ourselves. 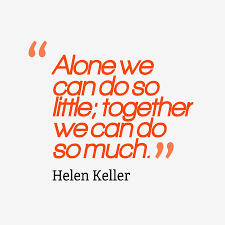 The possibility of good or bad outcomes are always possible.  Using computers has made it more likely we can generate improvements by creating interactions so everyone and everything benefits.  We also have seen the potential of the harm it can cause.

I look forward to sharing results from my research with you soon, please share how you are using intelligent assistance to improve your lives.  Thank you.

I previously posted about this book, The Reducetarian  in this post, Interesting Article – Thoughts?. Now I have read the book.  It is good book. It provides great overview of the many issues related to our food choices. After reading it is clear how making plant food choices help improve the environment, our health, the life of animals, the life of food workers and so much more.

The book contains over 60 short essays from experts, mostly authors of books, on many areas related to climate and food choices. My only concern is the name, “Reducetarian”. Committing to Reduce… infers giving up some things and that makes change difficult.

The issue of difficulty taking action when it is perceived as deprivation was even addressed in the essay by Bee Wilson, author of the book, “Consider the Fork”. In the essay, she explains that if a mindset of deprivation is created it may also to lead to anger and this makes change cumbersome.

The point of Bee Wilson’s essay, which I also promote, is we must recast the mindset toward seeing plant strong food choices for what they really are: better, more tasty, less expensive, and superior in many ways especially for how they promote personal and planetary well-being.  This means we must move away from the traditional mindset of deprivation or reducing, as promoted by meat and dairy industries.  This then is another example of what must be “Undone“.

Choosing plants more often for food helps people feel better.  Making plant food choices also contributes to a healthier planet and this means these choices provide an emotional gain, because we are contributing to a solution.  These actions, therefore, keep on giving.

It must be understood, a plant strong diet is the best choice to make because it provides the most benefits. I encourage all to read and share your thoughts.  Make it. a great week.

In memory of the unconscionable event from September 11, reflection is good.  What does it all mean?  Why do these things happen? Meaning in life seems vital and some suggest it is predetermined.  For me that would be troubling because, as dramatist Israel Zangwill said:

Like most people, I want my actions to have a positive impact.  I therefore practice  and promote paneugenesis which is to generate comprehensive improvements by creating interactions s so everyone and everything benefits.

For me the practice of paneugenesis gives me meaning and purpose, and many agree.  I have posted some other thoughts about this, including that it is all meanlingless at Its All Meaningless! Here is How to Create Meaning!.  I also looked at our biologic basis in Biology & Evolution Make Us Selfish, Selfless, & Synergistic and discovered how people make meaning in the inspiring experience we had: Dad Our House is on Fire!…People are Amazing!.

Revisiting this issue, it appears all meaning is human created, but we do have a predetermined purpose.  It appears our shared predetermined purpose relates to our relationship with everyone and everything.  As Jane Benyus explained, life is about making life more livable (see We are Just Talking Apes).

In this view, the question we must ask ourselves is if we area giver or a taker.  Below is Adam Grant’s TED talk about the impact of this choice.  Enjoy & Make it a Great Week!

Will this be a trend?  Amy’s Drive Thru is offering local sourced healthy, organic fast food at a restaurant.  Many of you have probably already seen her products at your local grocer.  Here is the menu of the restaurant.  Below is the FastCompany article about this new restaurant.

If you have been to this restaurant or not, please share your thoughts about the experience and or idea.

Off Exit 484A on 101 North through Rohnert Park, California, you’ll find the usual roadside offerings: There’s a Burger King and a Taco Bell, and marginally more exciting, there’s a Chick-fil-A and an In-N-Out Burger. But right off the road that bisects the interstate, you’ll find a fast-food restaurant that’s like the others only in format. Amy’s Drive Thru is America’s first vegetarian, organic, gluten-free-optional fast-food restaurant, and much to the surprise of the owners, it’s doing more than holding its own against its greasy competitors in the Rohnert Park off-ramp complex.

Business has been so booming at Amy’s Drive Thru in its two years of operation that it’s beginning a franchise. A new location is slated to take over an abandoned Denny’s further south off the 101 in Corte Madera in 2018, with an eye to five more Northern California locations soon to follow. The ultimate goal, director of operations Paul Schiefer tells Fast Company, is to open Amy’s Drive Thrus all across the country.

A nationwide franchise of Amy’s outposts was far from inevitable when the company first began to mull the idea of a drive-through location a few years ago. For 29 years, the Petaluma, California-based Amy’s Kitchen has gained a cult following as a purveyor of family-style, vegetarian frozen meals, from macaroni and cheese to burritos, all handmade fresh in three operating facilities across California, Oregon, and Idaho, and shipped nationwide. The ingredients are sourced locally and organically, whenever possible, and the recipes are not put through the usual taste-test-and-tweak ringer; instead, they’re often sourced from employee’s family recipe books, and given a green light if a handful of Amy’s staff agrees that it tastes good. “There’s something about all culture’s home-cooked food that really speaks to everyone,” Amy’s food researcher Fred Scarpulla Jr., who started at the company in 1996, tells Fast Company. The go-with-your-gut, family-centric approach, Scarpulla says, makes Amy’s unique, but translating that ethos into a fast-food joint able to compete with the mass-produced likes of Burger King posed a challenge.The things that make franchises like Burger King and McDonald’s so ubiquitous are low costs and efficiency. Look at a menu in one of those restaurants, and you won’t see a lot of specialization: Sure, there’s a gluten-free option, but it’s a burger wrapped in a lettuce leaf, not in a gluten-free bun. And good luck finding anything vegetarian or vegan. They know their market, and they mass-produce to meet it accordingly, driving down costs in the process.

Amy’s, Scarpulla says, has never been about driving down costs, or ignoring more niche markets–instead, it’s prioritizing sustainability and quality as its core values. The drive-through is powered by solar panels, and the tableware is recyclable. Using mostly organic and local produce for ingredients is more expensive, but it’s what customers expect from the company, and while Scarpulla admits that Amy’s makes little to no profit on its gluten-free options like pizzas, the owners, he adds, “have always felt that there’s a service piece to our business, and that’s to serve people who don’t have other options.”Instead of a swift-moving, utilitarian kitchen, the culinary operation at Amy’s Drive Thru is necessarily divided into thirds, with vegetarian, vegan, and gluten-free options all prepared separately so as not to cross-contaminate. Whereas a standard fast-food restaurant has around 15 employees per outpost, Amy’s Drive Thru employs over 90 because it takes many more people to prepare the food. Even so, all are paid at above minimum wage, and with full benefits. And with a single-patty veggie cheeseburger clocking in at $3.99, just around a dollar more than the McDonald’s offering, Amy’s is not exactly pitching itself to a higher tax bracket.

With all those considerations–wanting to keep prices low, hold onto their values, and not cut production quality or staff–Amy’s Drive Thru, at the beginning, was just hoping to stay afloat and break even. “There were a number of us at the company who were involved in the planning, and before we opened the first location, we threw around a couple revenue numbers that we would have considered ‘a success,’” Scarpulla says. Though Amy’s does not release financials, Scarpulla says the company doubled or tripled those numbers in the first year alone, and have been breezing past them since. “It’s just been ridiculous for us,” he says.

When Scarpulla started at the company in 1996, this would not have been the case. But in recent years, he says, he and the staff at Amy’s have noticed an uptick in interest around plant-based foods, and an increased awareness of the harm meat does to the body and to the planet. While Amy’s has emphasized the home-cooked, family-style nature of its recipes over the fact that they are all vegetarian or vegan, Scarpulla has found that people lately have more naturally gravitated toward the health aspect of its offerings–a trend that has certainly carried through in the success of the drive thru; other healthy fast-casual ventures, like Everytable in Los Angeles, and this salad-based drive through in Arizona, have also benefited.

A true cross-country empire of Amy’s locations is still far off, but Scarpulla is optimistic that the company can make it happen. The company wants to expand slowly, to ensure that they can partner with local farmers and producers around each location (Scarpulla is particularly excited about indoor growing ventures for sourcing organic leafy greens), and to understand where the drive-throughs could have the greatest effect in breaking up health-food deserts. But the fact that the company is beginning to plan for this kind of expansion, he adds, is symbolic in and of itself. Drive-throughs are some of the most stereotypically American places to consume food, and right now, “when you think about drive-throughs, it’s all so focused on industrial meat, and one quick look at that industry is enough to tell you that it’s pretty nasty,” Scarpulla says. What if quality, local, meat-free fast-food could come to be seen as just as all-American as a Big Mac?