My sisters eulogy of my dad highlighted a quote his dad taught him. It was how he lived and is how he taught us to live our lives.

You are no better than anyone else…and nobody is better than you.   -Jack Becker (originally Daniel Becker)

I had forgotten those exact words but realize it is how I lead my life and is what I try to teach my daughters and students.  Upon reflection it is why I practice paneugenesis to generate comprehensive improvements by creating interactions so everyone and everything benefits.  Thank you Dad!

My daughter and I made a post on FaceBook and she made a video – Jack Becker – A Wonderful Life – to honor of my dad and her grandfather.  I am posting this so all, including those not on Facebook can have an opportunity to know about this great man.

There are no words to describe the incredible man my grandpa was. This weekend has been really hard, harder than I could’ve imagined, but I will forever treasure the memories I have with him. Before my sister was born, my grandpa was my best buddy and we went everywhere together. We had an incredible bond and I am so thankful for the 23 years we had together.

I love you so much, and I will miss you deeply. Rest In Peace, Grandpa 💞

My eulogy at my Dad’s funeral is below. The wonderful video was made with love by his granddaughters – my daughter, Amanda Becker with help from Annika Becker and Shannon Lee Dollar.

This has been tough, harder than I thought. Thank you for coming to be with us today. As most of you already, know – with Jill and Holly – we won the lottery and got the best parents. All of you know how amazing my mom is and the unbelievable love and care she showed my dad these last few difficult years. This has been an emotional summer. I have teared up, for both happy and sad reasons, more this summer than I did over the last 50 years.

I have had ups and downs. I was happy I could be here the during my dad’s last few weeks but sad he is gone. I am happy he is not suffering any more but sad that disease robbed us of a great person. He was funny, very smart, caring and always fair – even when the disease hampered his abilities, he was fair. I remember during the sale of his house, after one deal fell through, the realtor offered to not take a commission because of the problem – he told him he should get his commission because the problem was not his fault.

He was amazing, he could help us figure out almost anything. All of us could tell you stories about situations where we were told it can’t be done, but dad always found a way. They would say, “this can’t work and there is no other way.” Then they talked to my dad for 5 minutes only to change to, ok – here is how we can get this done.

I was so happy to see the joy my dad had at Samantha and Craig’s wedding. I was even happier when I saw him dance for over an hour with both of my sisters, my daughters, my nieces and my mom. Then when I told him he had danced a lot and asked him if he wanted to keep dancing, he then looked at me with that old spark in his eye’s, stood up straighter and said, “You are not my type.” That was my dad.

Looking at picture of my dad it made it clear to me, the good qualities I have today are because of him. As I said, I won the lottery and I will spend the rest of my life attempting to become the person, husband, father, and son that would make him proud.

The Great Video she made 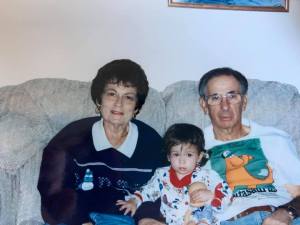 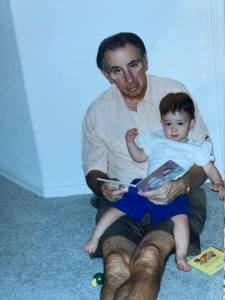 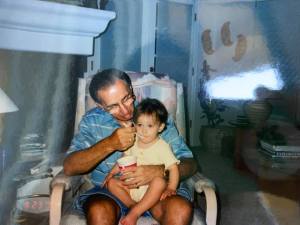 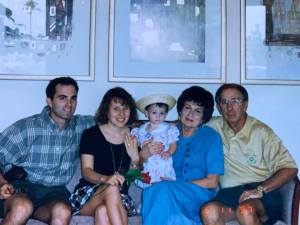 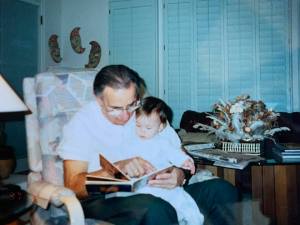 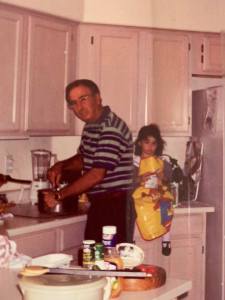 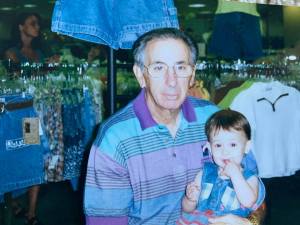 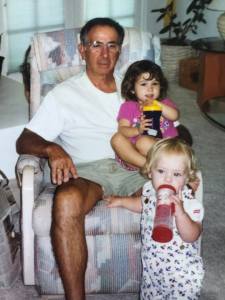 According to recent news, it was indicated that Practicing Paneugenesis becomes the Corporate Way – Now and Again. To practice paneugenesis means to generate comprehensive improvements by creating interactions so everyone and everything benefits. In corporate speak it means benefitting all stakeholders, not just shareholders.

The August 21, 2019 Daily broadcast “What American C.E.O.s Are Worried About“ by Andrew Ross Sorkin, a financial columnist for The New York Times, reported that “…almost 200 chief executives, including the leaders of Apple, Pepsi and Walmart, argued that companies must invest in employees, protect the environment and deliver value to customers.” The declaration that “Shareholder Value Is No Longer Everything, Top C.E.O.s Say“, aligns with practicing paneugenesis. I encourage  you to listen to this inspirational show!

This show reported that 100 years ago businesses did do what was best for customers, employees and communities until Milton Friedman influenced their actions. This August 21, 2019 Daily Show, reported that these nearly 200 executives tried this week to redefine the role of a corporation in society. They indicated a corporations new philosophy would be more aligned with Practicing Paneugenesis. They also reported they were doing this, not out of altruism or because it was the right thing to do, but because it is the politically needed way to act and because it was the best way to do business now.

In other words acting in ways that align with paneugenesis would be more profitable. Of course this aligns with what Aaron Antonovsky implied in his 1996 article,”The salutogenic model as a theory to guide health promotion” when he commented on page 12, “…No on contends that museums payoff in cash.” By this, he suggested that museums are not strictly profitable but are profitable to society because they help create a better society for everyone and everything.

The August 21st’s NYT’s Daily show reported that the change such that business became more focused on profit was influenced by Milton Friedman’s view that profits were above all else. His work suggested that higher profits were the best thing corporations could do for society. They also suggested Friedman’s work influenced the 1980’s greed focus that generated multiple corporate raiders who cut costs to boost profits. These changes did lead to higher profits but they also led to layoffs, lower charitable contributions and decreased pensions plans to benefit the associated stock. As was seen, the actions that led to higher corporate stock prices led to a decreased quality of life in society.

The report also indicated that the philosophy change toward a more expansive view of stakeholders began to change with financial crisis 10 years ago and the major shift of benefits toward the 1% at the expense of the rest of us. They also reported that these changes are what helped fuel the rise of political activists and now presidential candidates Bernie Sanders and Elizabeth Warren.

Once again this reflects the needed shift from a short to a long-term, or from an acute toward chronic dedication. Although they indicate the change is happening because our times indicate it is now right thing to do and more profitable, research suggest it is always more profitable if we use a a longer lens.This is how it was and how it should be because it is the most beneficial way to generate a richer society for everyone and everything.
In more news about this change, Tom Wilson, Chief Executive of All State suggested in his August 21, 2019 New York Times column that we pay people more. His article, “Save Capitalism by Paying People More” because changing the role of shareholders was only a start. He therefore emphasizes that Boards and C.E.O.s must create more higher-paying jobs.  However, in my view this perspective is too limited. It cannot just be about creating jobs for today but about creating a sustainable better future tomorrow.  This means we won’t know exactly the job to be done, but we to create more good and not just less bad the focus has to be on generating comprehensive improvements by creating interactions so everyone and everything benefits.

Please share your thoughts. I look forward to hearing about the how you catch the wave and practice paneugenesis so you will generate all good by creating pervasive, reciprocal, selfish, selfless, synergistic interactions so everyone and everything benefits. Overall this focus on how to improve, not just prevent decline is selfish, selfless and synergistic.  Please share how you generate more good, not just less bad.

For me this is about how we can Exceed expectations as I share in this video:

PS- sorry I have not posted for a couple of months. I have been busy collecting dots and plan to share the many things I have been learning…

Email me if you want to discuss:
Email: BeWellr@gmail.com