The April 12, 2021 Op-Ed for the New York Times by Edward Glaeser encouraged me to update my February 2021 post. It seems as things change, Dr. Glaeser’s prophetic work becomes even more relevant.

This article suggests his work and the current Biden agenda should include zoning as a key to enable America to be more productive, equitable and green. Interestingly, he is suggesting allowing more growth is greener and more equitable. I certainly encourage a read of his book. This article is a good complement. Enjoy and please share your thoughts.

There were several other aha moments for me throughout the book. A developed a new understanding related to poor people in cities. Dr. Glaeser explained that poor people come to the city because they see it as an opportunity to create a better life, which many are able to do. If people remain poor in a city, then work must be done by that city. If new poor people keep moving in, this can drive improvement. According to Dr. Glaeser, these are the keys to helping a city thrive: a good education system so people become more educated, a good infrastructure with good transportation, clean streets and the rule of law. If these factors are in place, it attracts people and investment. Additionally, with those precursors in place, they can generate an optimized process to yield desirable results for the city and that city can then contribute to the world. If a city wants to thrive, it is Incumbent upon that city to have a good infrastructure so all people can get a good education, be transported to jobs and are likely to meet with and interact with other people. He also documented the cities are good for immigrants and immigrants are good for cities because interactions with a diverse set of people yields even better results. This is an outcome from which we all benefit. Developing new talent through education and interactions is a good investment for the city and the world.

He also caused me to rethink taxing and how it is used. He documented that cities pay higher taxes due to higher salaries and higher productivity but then that tax money goes to less productive areas. Overall, he wasn’t complaining about being taxed just that the tax system now is anti-urban and pro suburban. He also noted a reason this happens. Congress is over represented by suburban areas. Low density states get 2 senators like high density states. He cited 5 states with just 1.2% of the population have 10% of the power in the senate and this creates an imbalance of power for a minority of the population.

Overall, he had an environmental agenda. He questioned this policy because cities are significantly less carbon intensive per person than suburban living. Suburban living generates more emissions per person than city living because suburban living generally requires more driving and bigger houses, each of which requires more energy use. An example of the subsidizing of suburban living was the mortgage tax deduction. I wonder about his thoughts now since the mortgage tax deduction has been eliminated. Another question relates to the recent publication in Scientific American, “U.S. Cities Are Underestimating Their Greenhouse Gas Emissions: The errors could make it more difficult for cities to meet goals for reducing their planet-warming footprint” (at: https://www.scientificamerican.com/article/u-s-cities-are-underestimating-their-greenhouse-gas-emissions/)

Overall, it is a good book and a thought provoking. I recommend this book. These ideas all seem to support the practice of paneugenesis because it suggests cities can help generate comprehensive benefits by creating pervasive, selfish, selfless, synergistic interactions with a good infrastructure from which everyone and everything will benefit.

I am not sure what happened, but for some reason I never posted this after the summit this past summer. For those interested in creating interactions so everyone and everything benefits, this is a great conference to learn how.

To me, with my efforts to generate comprehensive improvements by creating interactions so everyone and everything benefits, how we live in our environment is key. Living in a sustainable way is the focus of the summit.

From July 18-20, 2016 I had the opportunity to attend the 5th Appalachian Energy Summit. The theme this year was Knowledge, Collaboration and Action, a great motto for what we must do. Once again I was able to learn from wonderful speakers. Amory Lovins and David Orr shared their vast knowledge and we also had the opportunity to hear Bill McKibbin of 350.org. Unfortunately some of the news is sad and scary, however there is hope and the message I got loud in clear is there also must be URGENCY with our efforts.

I love this conference because it is like the National Wellness Conference (NWC) because its focus is on how to help each of us be the best versions of ourselves with the overall aim of improving the common good. Coincidentally, or maybe not, the theme at this years NWC was “Spotlight on Sustainability”.An outcome from which everyone and everything benefits. Another very impressive part of the conference is that not only does it teach us how to be stewards of the environment, the conference is green. Linked description of specific efforts to green the event (also bel0w) are made in regards to Energy, Food Services (and the foods is outstanding), zero waste, water stewardship. 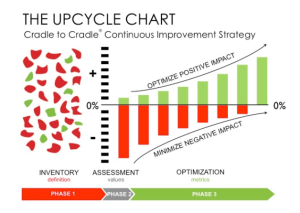 This conference demonstrates it is not about doing less, but doing it better and not using traditional methods. There are better ways and McDonough and Braungart explain in Epicycle and Cradle to Cradle (see post here). With regard to this conference, here is an explanation about how they practice what they preach:

Greening of the Summit

Our pristine mountain environment attracts a community of people dedicated to good stewardship. A walk across our campus is proof of our commitment to sustainability: a student-funded on-campus wind turbine, zero waste management initiatives, native landscaping and healthy buildings are among the most obvious indicators.

In good faith and commitment, Appalachian engages in the following activities which contribute to a sustainable summit.

Like last year, our 2016 Appalachian Energy Summit will be a carbon neutral event. First we will work to reduce our carbon emissions and \ will purchase renewable energy credits (RECS) and carbon offsets. These offset conference operations, accommodations, car and air travel, and food preparation. We have worked with Shift Equity and NC Greenpower to calculate and offset these emissions.

I look forward to more conferences, functions and organizations taking similar actions. Please share your efforts and how this can be done even better.